Eugene, OR-based instrumental post-rock outfit This Patch of Sky has signed to Graphic Nature Records, an imprint label of Equal Vision Records, founded by producer Will Putney. The band will release their fourth full-length album, These Small Spaces, on September 22.

Today, the band has partnered with BrooklynVegan for the premiere of their first song released off of the album – “Bella Muerte” – which can be heard now HERE and will be available on all digital retailers on Friday, July 14.

Physical pre-orders for the album are available now at thispatchofsky.merchnow.com. A double LP vinyl is also available for pre-order and is limited to 800 worldwide with four variants total. Science of Silence Records (US) is offering clear with black and purple splatter and clear with white and cyan blue splatter, both limited to 250. Dunk! Records (EU) is offering opaque white and transparent sea blue variants, both limited to 150 each.

The nine-track album takes listeners on a dynamic journey that navigates from eerie, somber soundscapes into gentle tapestries that build effortlessly into grandiose, soaring compositions – creating a sonic masterpiece, where instruments alone create a powerful and universal language.

“As I’ve grown older, I look back on how music drastically changed, shaped, healed, and encouraged me as I grew up,” reveals guitarist Kit Day. “My goal as a musician is to create music that will be that same influence to others. Music is such a powerful force that we connect with deeply.”

These Small Spaces was produced and mixed by the esteemed Matt Bayles (Caspian, Minus The Bear, Russian Circles) at Red Room Recording Studio in Seattle, WA in only one week’s time. The album was later mastered by the renowned Ed Brooks (Pearl Jam, Cursive, Pelican) of Resonant Mastering. These Small Spaces is the follow-up to This Patch of Sky’s self-titled release (LP, 2014), Heroes and Ghosts (LP, 2013), Newly Risen, How Brightly You Shine (EP, 2012) and The Immortal, The Invisible (EP, 2011). 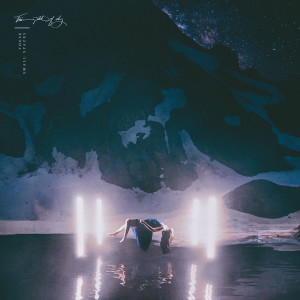